I’m in the middle of a dream, or is it a nightmare? I’m in the shop and the mould monster is taking over, it’s creeping up the walls and around the window frames. I stand still for a second and it creeps up my leg, giving my youthful complexion a mottled green sheen. The pale blue walls are slowly turning a spotty black and no matter how quickly I scrub, the spots keep reappearing.

In reality it’s not that bad, but being an old single-skin building, ideal for keeping flowers fresh, rather like a fridge with a baggy door seal, it’s prone to a spot of mould.

“We need to paint the shop” I shout.

John pretends to still be asleep and murmers something unintelligible, I think it was “Shhupgoacktosleeeep”

As soon as I could I opened up the shop and pulled out a colour chart that we had in the back – one that was previously used to match flowers to a primrose yellow coffin. When Daisy and Rachel arrived there were colour swatches dotted all over the place, but they weren’t really big enough for me to get a real feel for how each would look. Daisy (being of the ‘ there’s-an-app-for-that’ generation’) downloaded something that allowed you to apply different colours to a photo of the shop’s interior. It was fabulous! I could have spent hours playing with it, but I’m very quick when it comes to making decisions, I know what I like and what will look just right (a good trait to have if your a florist).

So ‘Celtic Forest‘ in deep and pale green, it is! 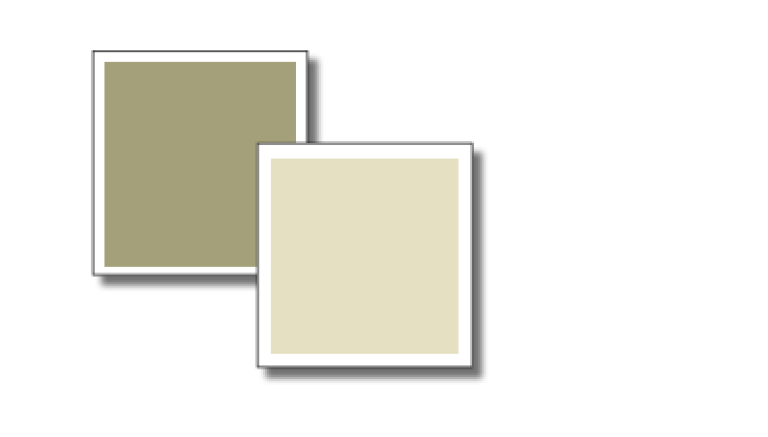 Despite it being a Saturday (our busiest day of the week) John was swiftly dispatched off to Travis Perkins for paint, rollers, brushes etc.

Two hours later, the shop looked like an explosion in a paint factory. Rachel was rushing around constantly moving our extensive selection of colourful blooms and foliage out of the way of my paint-filled roller.

I admit that when an idea pops into my head, I don’t like to waste any time in getting things started BUT I also have a short attention span and I get bored as quickly as I get enthused. So after splashing paint on the walls, ceilings, covering pretty much everything in spots and splatters, I’d had enough. Neat edging just isn’t my thing… I put on my most pathetic voice “Johhhhhn!!” and then, as if by magic the ‘Pudding Fairy‘ walked through the door, carrying a square box. Pleeeease let that be a cake, with my name on it, I wished to myself. IT WAS!! I thought I was still dreaming when Colin from Henning’s, next door followed the Pudding Fairy in with a glass of red wine.

A few minutes later, a customer walks in and immediately clocks the wine, the cake, the general disarray and paint splattered surfaces and said

The painting isn’t finished and I’m taking Sunday off, hoping that the ‘Cornering and Edging Fairy‘ will have completed the task by Monday morning. So, if you’re passing by next week, pop in and let us know what you think. 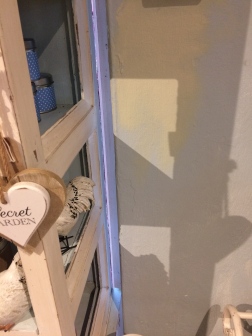 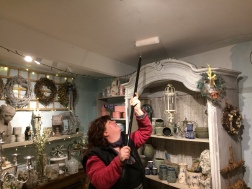