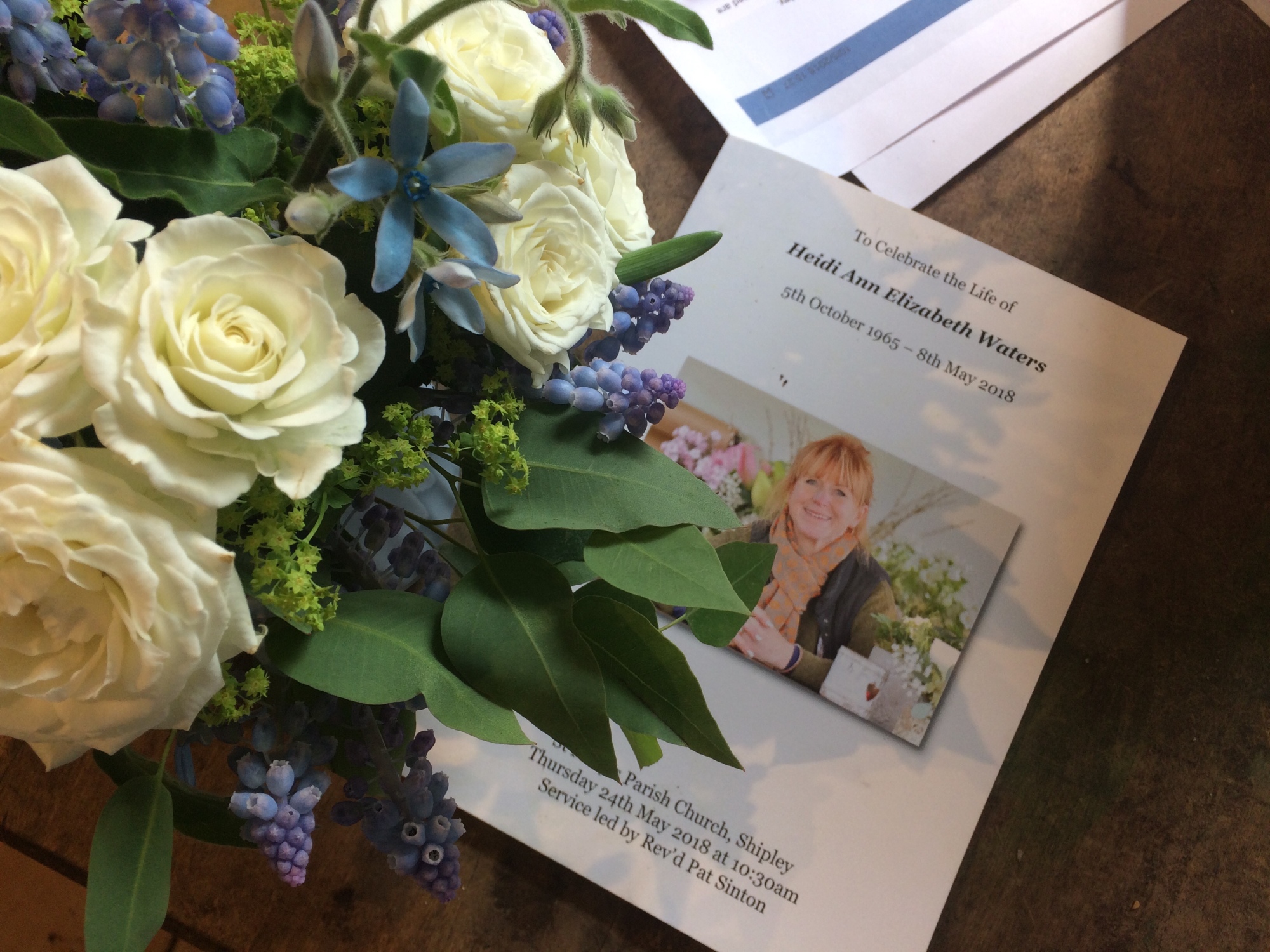 There are times when I just want to jack it all in and get a job as a florist. This week has been one of those weeks. If someone had offered me a bag of beans in exchange for the shop and the whole business, I would have snapped their hand off.

I know, I am, but sometimes it doesn’t feel like it. There are weeks where I have an inbox rammed with unanswered emails, lists of boring things I have to do like invoicing, paying invoices, doing a VAT return (which reminds me I should be doing that now), organising staff rotas, planning flower orders for the coming week, stressing that there are only 24hrs in a day and only seven days in a week. When am I supposed to find time to fill the dishwasher – or go to the supermarket even, never-mind find time to cook!!!???

I don’t cook. When John’s away I live mainly on Gin, crisps and Percy pigs, but now that John has gone back to commuting to London almost every day. I’m supposed to have dinner waiting for him when he gets home. Well that’s NOT going to happen!!!!

Sunday is my only day off but last Sunday I had to get up early to get some flowers for a christening done, then I spent the afternoon arguing with John over the design of a funeral tribute and how I was going to be able to recreate a ‘PEACE’ sign so that it didn’t look like someone was sticking two fingers up in the back of a hearse.

I know I could take more time off, leaving my trusted team to hold the fort, but being in the shop, chatting to people and arranging flowers are the aspects of the job I love. If I took time off, the admin wouldn’t do itself and I don’t want to take time off to do the boring grown-up stuff I’m always trying to avoid.

LIFE IS TOO SHORT.

That’s something that became only too apparent this week when I attended the funeral of a dear friend and fellow florist who died rather suddenly, just as life had begun and her dreams were starting to come true. Heidi had just started her own floristry business, working from an old fashioned horse-trailer outside a busy country railway station and she was both excited and optimistic about the future. Most of my floral team had worked with Heidi in the past, she often stepped in to help out when I was  starting up The Flower Shop and I was genuinely delighted when she told me about her plans for the future.

Becky, Rachel, Charlotte, John, Claire2 and I sat in the church listening to the Vicar and Heidi’s family talk about all the things she had achieved in her life, all the friends she’d made and how many more adventures she was looking forward to. Suddenly, with tears in my eyes, my thoughts turned to Annemarie and Mel who were back at the shop, MY shop and to the rest of my loyal team, good friends and supportive husband and I felt like slapping myself in the face (thankfully I didn’t as that would have been rather inappropriate) .

There’s nothing Heidi would have liked more than to have had a successful floral business, being part of other people’s joy and sadness, using her creativity and skill to make others feel happy and special. The message she left everyone with and which was read out at her funeral was ” Get on with your Life” Grab life by the horns and do what you’ve always dreamed of doing.

That was the kick up the bum I needed. Heidi’s sudden death had been playing on my mind all week and there were times this week when all I wanted to do was throw in the towel, hand-over the shop to anyone who wanted it, sit in my garden and eat cake.

But here’s the thing, I live in a village, I have friends and family around me, I love working with people I love. It’s tiring, stressful and time consuming, but it’s a labour of love and I’m extremely grateful for what I have.