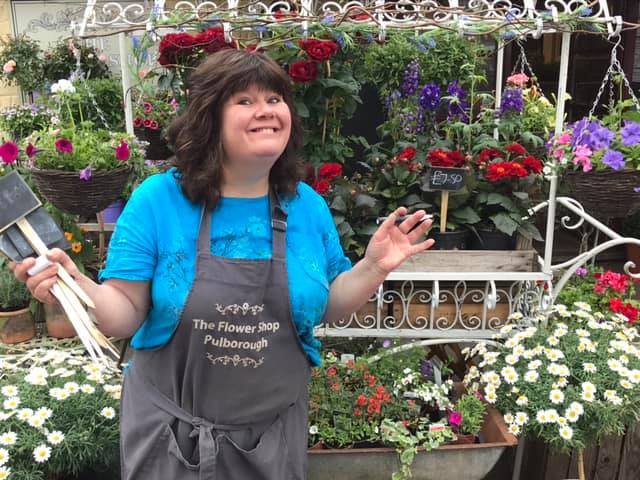 Well so they say. It probably depends on your mood and what you call bad, some weeks I’d say bad things happen in triple figures, but if you are in a good frame of mind (eg. after someone has bought you a beautiful summer bouquet..hint hint) you tend to look for the good things in life.

Given that I am a florist and always have flowers at home (hence my usual cheery disposition and good humour), this week needed more than a bouquet or even a bottle of gin for me to see anything remotely good.

After losing most of my chickens and all my ducks to the village fox last week, I was feeling a little somber. The garden was in the middle of being refurbished and sitting outside with a glass of wine, after shutting up the shop had lost it’s appeal, but there was worse to come.

For weeks now I have been putting off the decision to have my cat put to sleep. Lillie (eighteen) has spent most of her later life living in John’s and my bedroom, only leaving the comfort of our bed to sunbathe on the roof and to relieve herself in the bushes. However, for the past few weeks she hasn’t seen the point of getting up and going out to the loo and has been weeing and poohing on the BED!!! I’ve changed more sheets than the Savoy recently, which I have done without complaint (well with lots of complaining actually) but we haven’t been able to sleep either because of Lil’s constant mewing.

John threatened to strangle her on many occasions, but I finally agreed that the time had come and called the vet.

After the vet had been and gone, I sat at home alone for a little while before thinking I might be better off in the shop. Opening the door I couldn’t quite read Lisa’s expression, it looked like one of pity and sadness, but there was also a hit of confusion and doubt. Maybe she wasn’t expecting me to come back in and was worried that I was going to burst into tears, so I squeezed out a smile.

“Are you OK?” she replied meekly

She stood hopping from one foot to the other, making umming and ahhing noises.

“Everything OK here?” I enquired

“Um, urrh, aah…it depends what you mean by OK, there’s not much damage and I’ve got the driver’s and the bus company’s details“

As it turned out, while I was at home dealing with the passing of Lillie, a learner driver had driven a BUS into the side of the Flower Shop VAN!!!!!

Things are starting to look up though