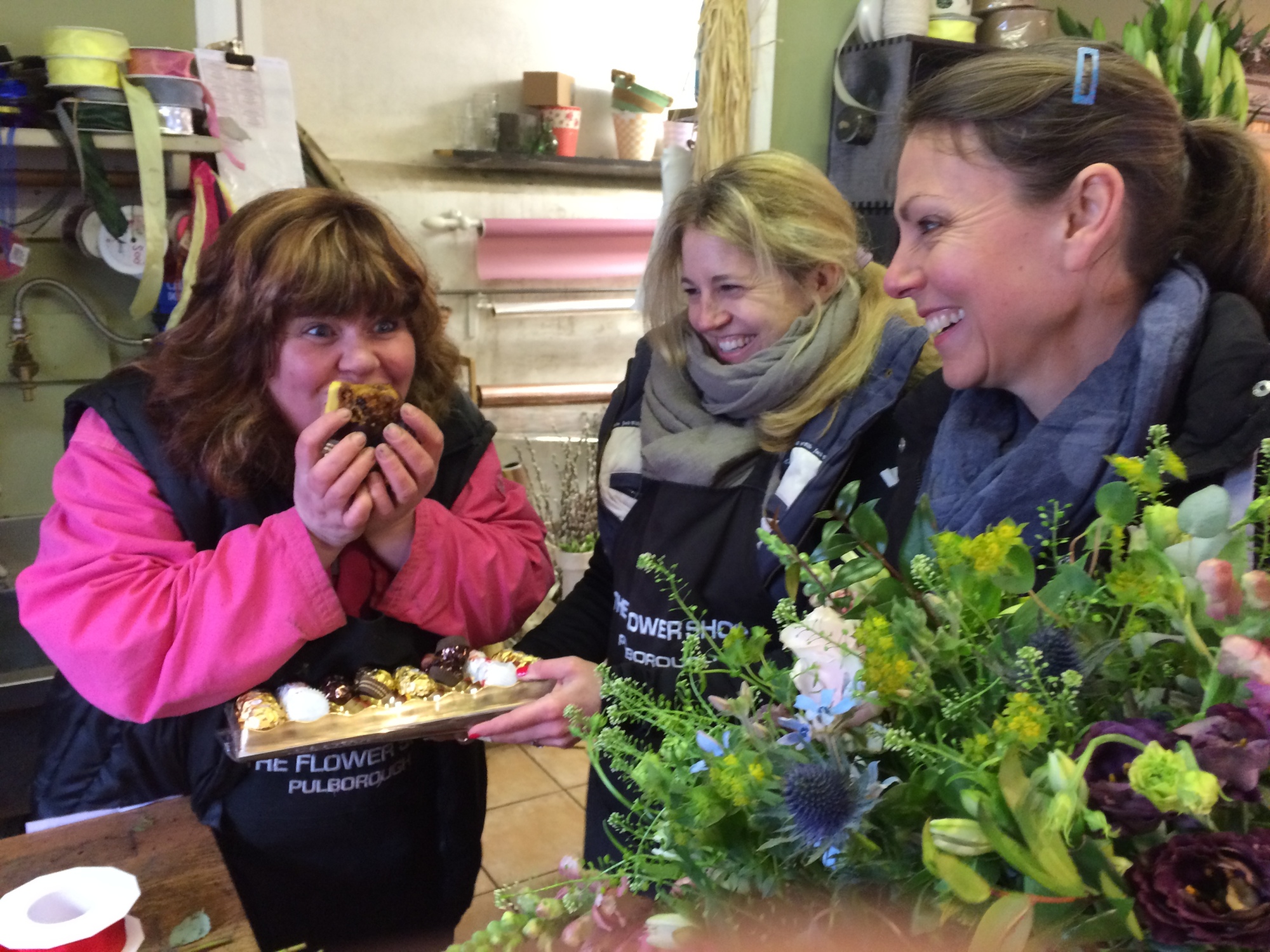 Easter is one of my favourite times of the year, largely because I can indulge myself by eating lots of CHOCOLATE guilt-free! Okay, if you’re going to be pedantic I should have been fasting for the last 40 days in order to earn the right to gorge myself, but let’s not dwell on that bit.

When I get stressed, I EAT …and drink and this week has been VERY stressful. Luckily I’ve got lots of lovely customers who kept bringing in chocolate, cakes, alcohol, cakes, chocolate and oh alcohol. Obviously I can’t drink before… umm shall we say midday. That way I can get my share of the orders done without being inhibited (or do I mean inebriated?). Although since John has gone back to full-time work in London, I’ve had to take on all the deliveries. So to be honest I’ve not been allowing myself a drink until almost closing, sometimes later. As a result I’ve been EATING LOTS!

This week we went INTERNATIONAL!!! Yes, really… we got an order from another continent (I can’t say where because the delivery isn’t due until next week and I don’t want to spoil the surprise). I’ve no idea how my notoriety has travelled so far, but I’m just trying out a few new ways of describing myself; ‘Globally Renowned‘, ‘Internationally Recognised‘, ‘ Florally Famous‘….????

Life as a village florist however has been particularly stressful this week. I made it through without much trouble until Tuesday. I was expecting a delivery of flower from Southampton at 8.30am, giving me plenty of time to make all the arrangements for a corporate function due to be delivered at midday. 8.30am came and went, I wasn’t overly concerned, 9.30am came and went and I began to worry, the flowers had left Southampton on time but the lorry had somehow disappeared!!!

Could it have simply vanished into the ‘Basingstoke Triangle‘?

No, nothing so sinister apparently there had been an accident on the M27 and my extremely urgent flower delivery was going nowhere very quickly.

It was now 10.55am and I was in MELTDOWN I couldn’t face chocolate, that’s how stressed I was and instead took to pacing up and down Lower Street until the lorry finally arrived. It was all hands to deck and we managed to get everything out almost on time. I delivered the order and then just sat in the van, shovelling in cake like nobody’s business. I returned with black/brown mascara smeared across my face from where the relief left me sobbing into my chocolate.

My secret scoffing needs to be addressed. Munching in company is one thing but sneaking off on a bogus delivery, just so I can sit in the van and demolish a bag of jelly beans can’t be good.